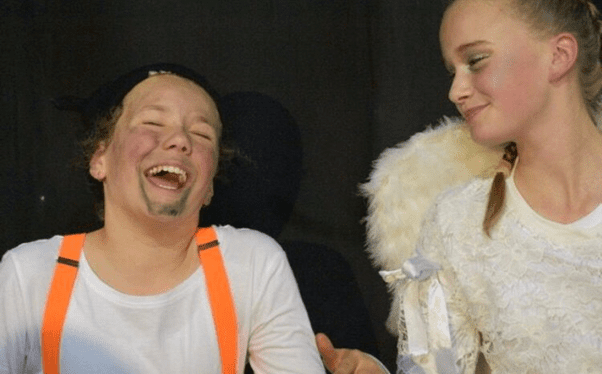 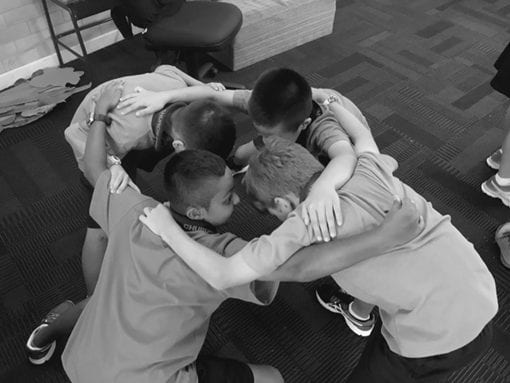 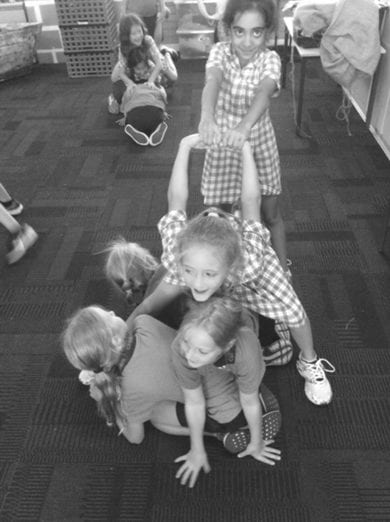 Last semester was full of building empathy for characters. We reflected on the inner life of characters from the year 6 Holes novel through our devised monologues.  PPs  and year Ones were exploring  the point of view of fairy tale characters. Has the big bad wolf been misunderstood? What was Jack’s Mum thinking when Jack bounded up the  beanstalk? We have been responding to music as a background to silent movie scenes. How does music set a mood? How do we we reflect that mood in our movement, gesture and facial expressions?

Collaboration is a key skill that is paramount in Drama class. The Year Five classes worked in ensemble groups to rehearse and perform a play called Snapdragon. They organised their costumes, props and designed their sets with the aim of engaging a year 1 or Year 3 audience. The feedback from the audience was very positive and the audience etiquette was superb.

Year 3 and 4 classes were developing their improvisation skills, using their creative and critical thinking. Reflecting on performances and giving feedback is an important part of all Drama sessions. Learning to accept critical feedback, showing resilience and finding humour has been a big part of 2018 so far. Having a go, accepting the ideas of others and working together has always been worth the effort.

This term starts off with a bang! In week one Bell Shakespeare will perform to year 5 and 6 classes. Shakespeare will be the focus for these classes for the early weeks, leading on to the Year 6 group rehearsing theIr musical, Shakespeare Rocks. Year 1-4 classes will be attending a performance by Yirrkala Yaakin Theatre Company in week 3.  Aboriginal stories will be used as the basis of Drama for Year 1-4 classes for a few weeks. Much literature and poetry based drama will follow in the latter part of the term as well as a science theme leading up to Science Week. Where would Science be without good communication?

It’s going to be a jam packed term full of engaged learning.